China has 802 million internet users which are more than 12 times of users in Europe. The first six months of 2018, the number rose 30 million new online users again (source: techcrunch). It is striking that 98% of all internet users in China use their smartphones rather to be active on their PC *.

Especially e-commerce is an important part of online marketing in China. 71% of the users use e-commerce offers or online payment methods,* which enable a huge market.

Differences and Opportunities of the Chinese Social Media Marketing

It should always be kept in mind that the Chinese market is major different due to social, cultural and economic factors but also has great potentials this way.

Not only Chinese manufacturers but also users, user behavior and demand differ to any other markets. Social media strategy must be adapted accordingly when a foreign company intends to enter the local market.

The most popular social media platforms in China 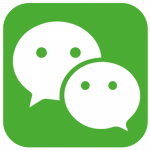 WeChat is a “all-in-one” platform. It bundles all the features of WhatsApp, Facebook and Instagram within one channel. In addition, user get the opportunity to play games via WeChat or even to shopp online. WeChat also has 10 million third-party apps inserted as mini-programs (source: Dragon Social Ltd.). Currently, WeChat is the largest social network in China with more than 1 billion users monthly worldwide (Source: Visual Capitalist). The average user spends 70 minutes a day on this network (source: Dragon Social Ltd.). That’s why Wechat Marketing is an essential factor for achieving success in the chinese online marketing. 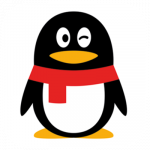 QQ is another instant messaging platform developed by Tencent, which is the former software of Wechat focusing on desktop users. It also offers various services such as games, music, blogging, shopping, movies, group and voice chat.

According to the latest data, 806 million users use QQ monthly, and its desktop version is especially popular with the office people. QQ’s blogging module-QZone has 563 million active users per month. Tik Tok (‘Douyin’ in Chinese) recently got to be a very popular short video entertainment platform which was launched in 2016. Audiences can watch videos created by other users for up to 15 seconds. Douyin especially benefits the Chinese KOLs who have great influence on their followers. 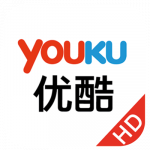 Youku is the largest video platform in China having 580 million monthly users. The video content on Youku is more professional rather than user-generated. Thus companies can reach their target group well with video content via Youku.

However, Youku in China doesn’t equal to Youtube in Europe. There are several other video platforms sharing the audiences together with Youku, like Tencent Video, iQiyi, Sohu Video as well as young people’s favorite bilibili.com and Acfun.com. Sina Weibo or also called Weibo, is a microblogging platform that came on the market in 2009. It is similar to a combination of Facebook and Twitter and has been very popular in China for several years. Weibo is used to obtain and share information, while it is also a great platform for companies to communicate with their users. Douban is a lifestyle platform containing forums about book, movie, music and events, even though its 153 million monthly visiting volume is relatively lower than other social networks. Topics discussed on Douban are short-lived, and new trends emerge and disappear very quickly. Users on Douban can easily buy tickets for movies and concerts, download e-books or even listen to the radio. The most Popular Social Media Platforms in China

Due to the high number of users, the Chinese social media market is very attractive for Western companies. However, the social media landscape is also diverse and confused. Chinese social media platforms have much more features than Western platforms and are being used more extensively due to a higher mobile affinity. Nevertheless, there are similarities to Western social media networks, such as the intention of the user to interact with other users and companies.

The market entry should take into account the social, cultural and economic realities of the country, as well as the structure and functioning of Chinese social media networks. Nonetheless, entering the Chinese social media world can also be successful once considering all factors – even for foreign companies.

As one of the top online marketing agencies in Europe, we also have our own office in China and have strong partners in Hong Kong and China mainland. Our eviom team is actively supported by employees from Asia. We offer individualized customer advice regarding to your personal concerns, workshops for every online marketing topics and can help you with campaign creation and implementation in the areas of social media, search marketing and e-commerce.